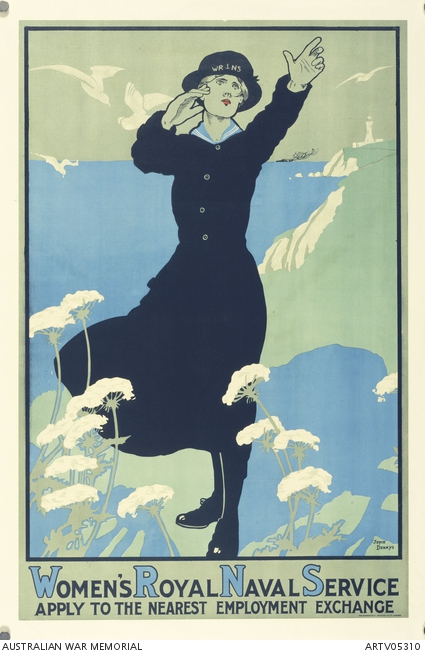 A British recruitment poster for the Women's Royal Naval Service (WRNS). It depicts a young woman in the WRNS uniform standing on a cliff top, with her hands out in an appeal for more members. The WRNS was formed in 1917 as the official women's branch of the Royal Navy. Members, known as Wrens, included cooks, telegraphists and clerks. Although conscription had been introduced in Britain in 1916, it did not apply to women working for the defence forces and so recruitment was reliant on volunteers. Although the WRNS was disbanded in 1919, it was re-formed in 1939 at the beginning of the Second World War.