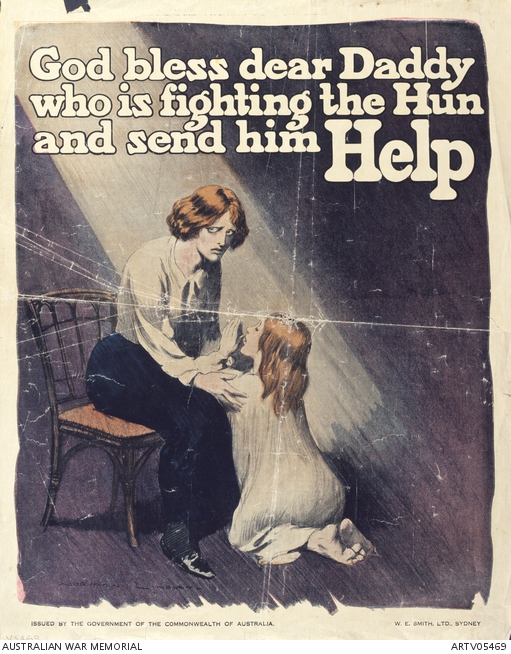 The full title reads 'God bless dear Daddy who is fighting the Hun and send him Help'. The third of the series of six posters by Lindsay constituting the last nation-wide Australian recruiting campaign, 1918. Depicts a young girl kneeling in prayer near her mother asking for help for her father fighting against the Germans. Norman Lindsay (1879-1969) was a painter, draughtsman, illustrator, cartoonist, printmaker, writer and sculptor. He joined the Sydney 'Bulletin' magazine as a staff artist, 1901-09, 1910-23 and 1932-58. During the First World War he produced jingoistic cartoons and pro-conscription posters.