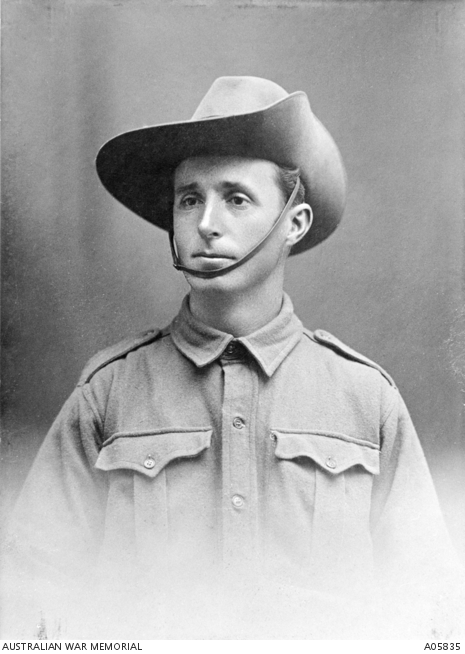 Studio portrait of 243 Private (Pte) Garnet Ronald Downer, 1st Battalion. A bush worker from Artarmon, NSW prior to enlistment, Pte Downer embarked with B Company from Sydney on HMAT Afric on 18 October 1914. After taking part in the Gallipoli landing he was promoted to Sergeant and was awarded the Military Medal "for outstanding courage and determination On 11th April 1918 during the operations at Lone Pine when he personally led a counter attack in company with Sgt Gelding and succeeded in holding the trench by means of bombs. " Following his unit's deployment to the Western Front he was killed in action on 29 June 1916, aged 30, and was buried in the vicinity of Delville Wood. Following the Armistice his grave could not be located and he is commemorated on the Villers-Bretonneux Memorial.