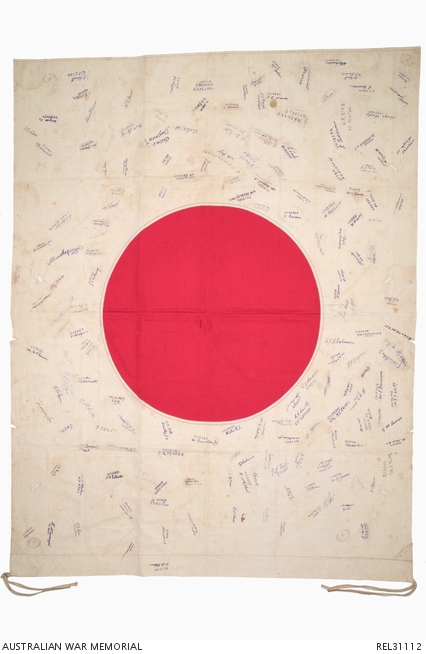 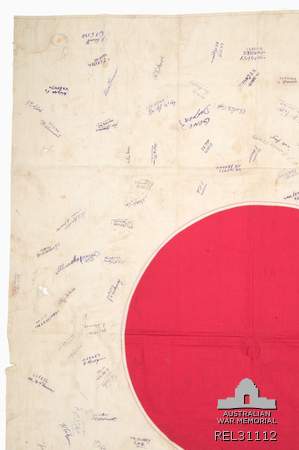 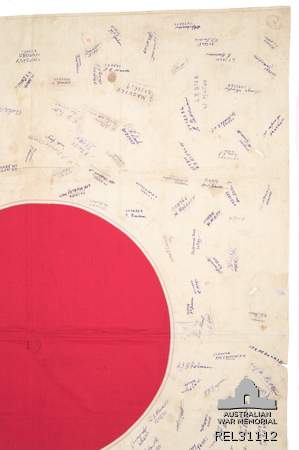 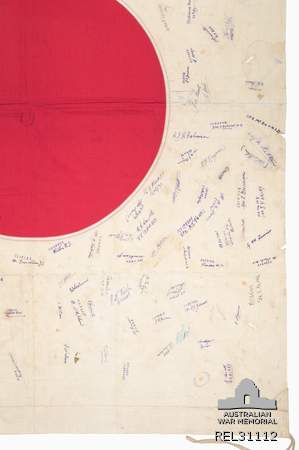 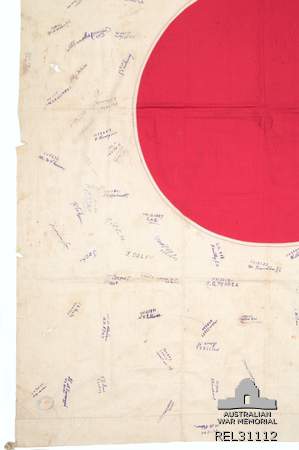 Large cotton Japanese flag with the red disc sewn rather than printed in the centre. A seam also runs across the flag below the sun symbol. The flag has been signed in ink by members of the 2/7 Field Company and is also repeatedly marked in numerous places with Japanese ink stamps. The bottom right corner is marked with Japanese characters which read, in part, the name of 'Iwai'.