Keep these off the U.S.A : Buy more liberty bonds 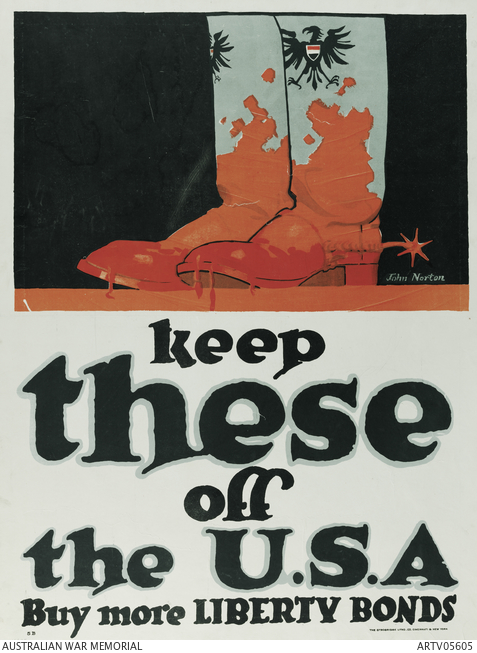 American First World War poster issued to promote the sale of Liberty Bonds. It features a striking modernist image in the upper half of a pair of jack boots dripping with bright red blood. On the upper section of the boots the national crest of Germany is visible. The title text ' Keep these off the USA' printed in black ink highlighted with grey ink is positioned the lower half. Both the image and text are set against a white background. Designed to encourage subscriptions through fear the poster effectively warns of the fate of Americans should Germany win the war. The poster was designed by John Warner Norton (1876-1934) and published by the United States Department of Treasury. Norton was an American muralist and easel artist who pioneered the field in the United States. He studied art at the Art Institute of Chicago (1897, 1899–1901 and was influenced by the Armory Show and the Japanese printmaker Katsushika Hokusai.