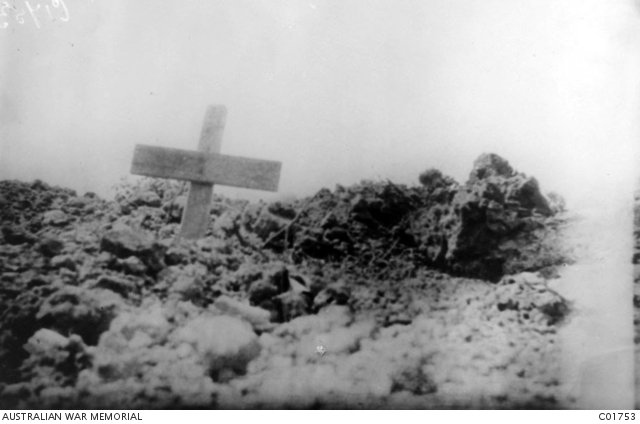 The grave of 1283 Sergeant (Sgt) Robert David Jones, B Company, 3rd Battalion, of Sydney, NSW. Sgt Jones enlisted on 21 August 1914 and embarked from Sydney aboard HMAT Euripides on 20 October 1915. He was killed in action along with most of his platoon on the ridges of the Gallipoli Peninsula. As the area was under enemy observation, the men had to dig the grave while lying flat on the ground.