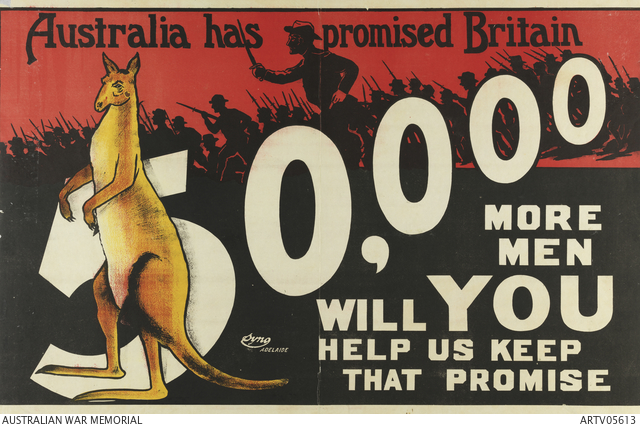 Australian First World War recruitment poster. Towards the end of 1915, a War Census of the Australian population showed that 244,000 single men of military age were available for enlistment. Accordingly, on 26 November 1915, the government with W.M. Hughes its new leader, promised Britain 50,000 more troops - in addition to the 9,500 per month being sent as reinforcements for the 60,000 Australians already overseas. This poster depicts the national symbol of the kangaroo against a backdrop of advancing soldiers. The full title reads: 'Australia has promised Britain 50,000 more men. Will you help us keep that promise?'