Enlist in the Sportsmens' 1000 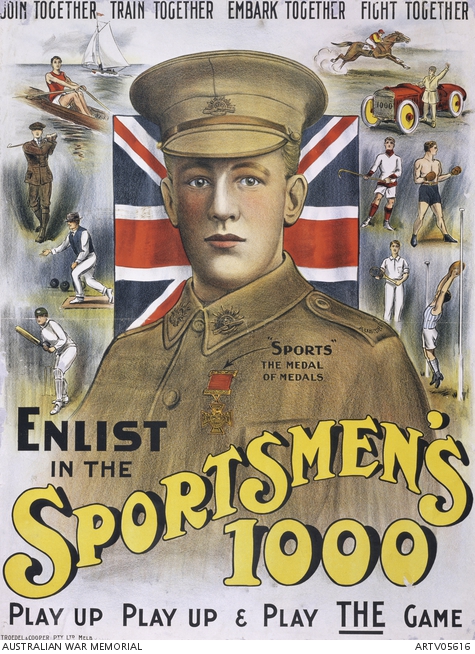 Australian First World War recruitment poster. Depicts Albert Jacka VC in front of the Union Jack flag. As the first Australian in the Great War to receive a VC, Jacka's image was used in numerous recruiting posters, and his exploits featured regularly in newspapers. His physical prowess and skills as a boxer were central to Jacka's legendary status. Surrounding Jacka are colourful depictions of healthy young men engaged in a variety of sports: AFL football, boxing, rowing, cricket, tennis and golf are amongst the sports described. The Sportsmen's 1000 drew a direct link between sporting prowess and war, even punning that Jacka '"sports" the medal of medals' on his chest.