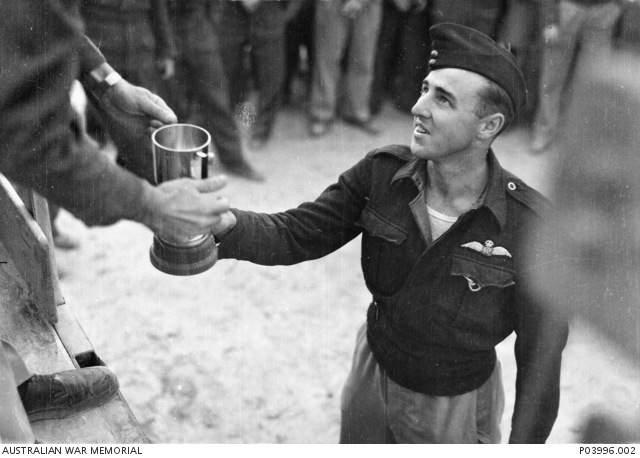 The Gambut Cup is awarded to 403224 Sergeant (Sgt) Claude Anthony Martin, 459 Squadron RAAF. The trophy, made from a Germain shellcase and the wooden propellor boss from an Italian aircraft, was awarded for an athletics competition held near the Gambut Airfields in Libya on 21 February 1943. Sgt Martin enlisted on 4 January 1941 and later served in 12 Squadron RAAF. He was promoted to the rank of flight lieutenant before his discharge on 7 November 1945.