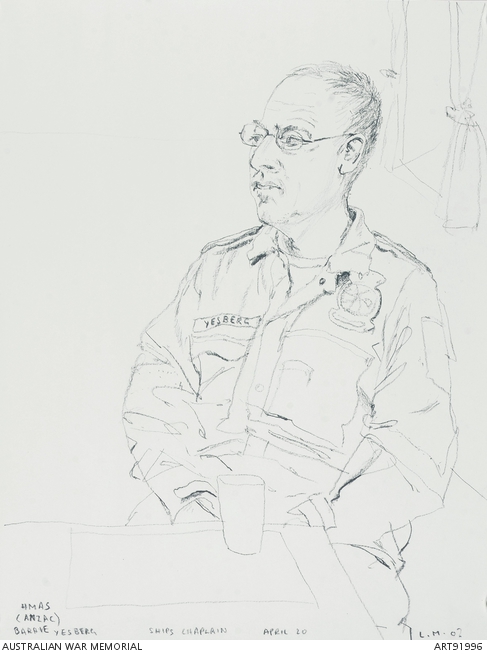 Portrait of Barrie Yesberg, ship's chaplain, seated at a table having a drink on board HMAS Anzac, Persian Gulf, Iraq. Lewis Miller was appointed official war artist in April 2003 to document Australia's involvement in the Second Gulf war. He spent three weeks in the Middle East in Qatar with members of the Australian Defence Force and also recorded the activities undertaken by the RAN , involved in mine clearing near the Al Faw peninsula in the Persian Gulf. He also travelled to Iraq, recording the activities of the SAS at Al Asad and at Al Qusayr and on the Al Ifziiyah peninsula , accompanying them on mine clearance patrols.