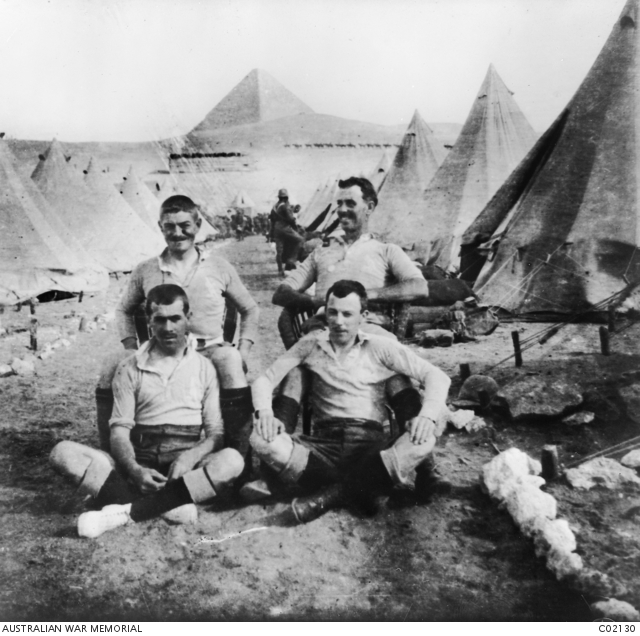 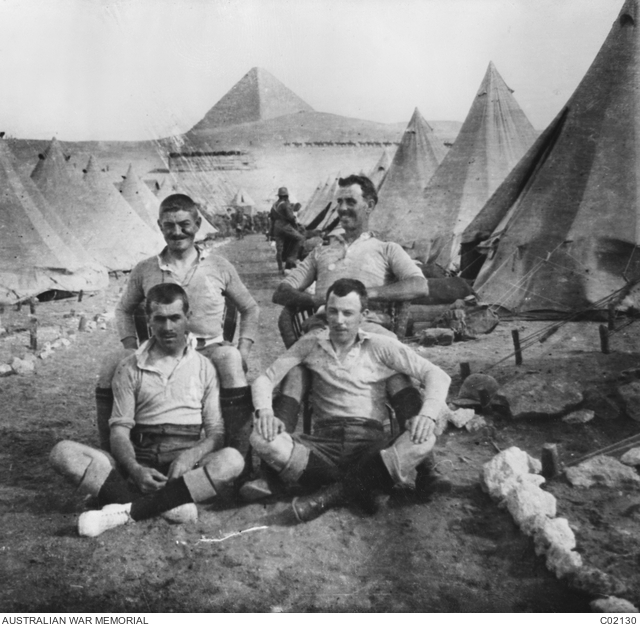 Group portrait of four officers of D Company, 1st Battalion, who took part in a football match against a 2nd Battalion team at Mena camp, outside Cairo. They are seated in the 1st Battalion lines. Note the pyramid in the background. Identified left to right (back row): Major Blair Inskip Swannell, who was killed in action on 25 April 1915; Lieutenant Alfred John Shout. Later rising to the rank of Captain and winning the Military Cross, Shout died at sea on 11 August 1915 of wounds sustained at Lone Pine on 9 August; he was posthumously awarded the Victoria Cross. Front row: Lieutenant William Sydney Duchesne, who was killed in action on 25 April 1915; Captain Harold Jacobs.