Officers of the 9th Battalion aboard HMAT Omrah (A5). Identified back row, left to right: ... 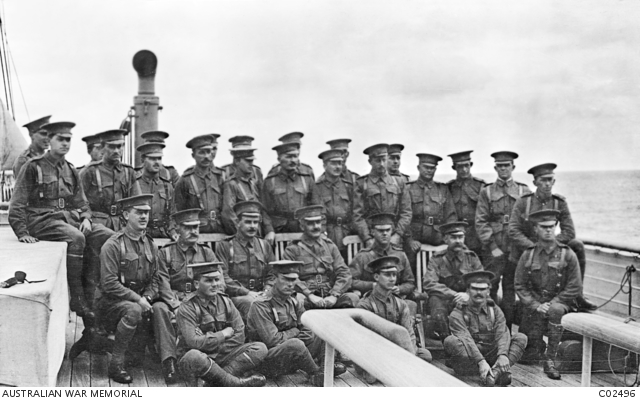 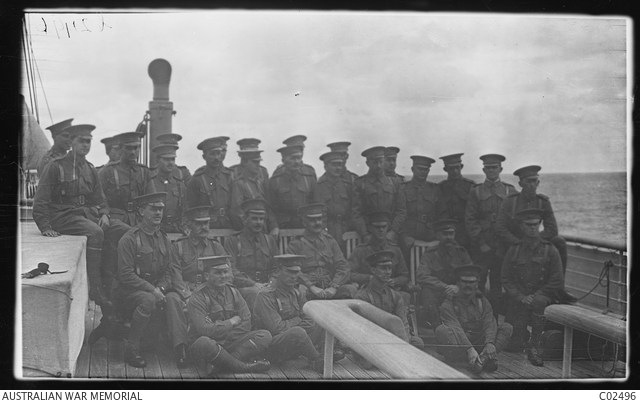