The original graves of three allied servicemen, killed in action on the Gallipoli Peninsula. ... 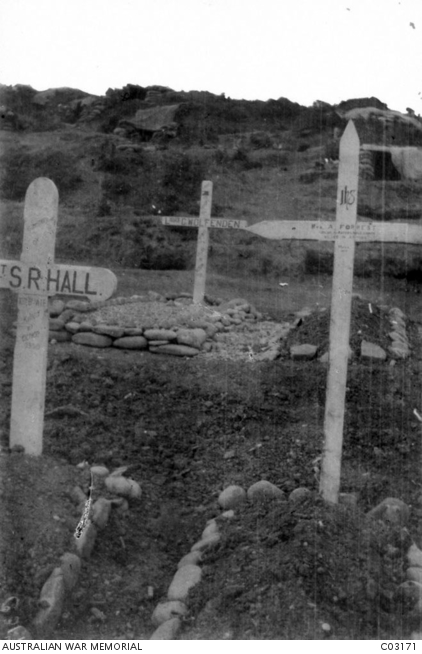