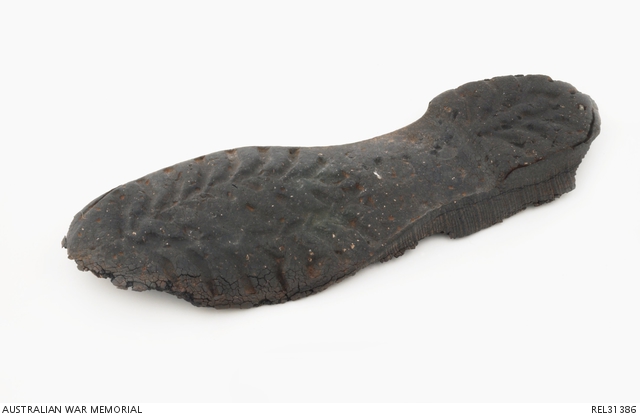 This boot sole was collected in June 2003 by Vietnam veteran Garry Adams from the Long Tan battlefield, approximately 80 metres from the site of the commemorative cross. This position was held by 11 Platoon, D Company, 6 RAR during the early stages of the battle. The boot sole corresponds with the style worn by soldiers of the People's Army of Vietnam (the North Vietnamese army). Mr Adams served with 6 RAR in Vietnam from 8 May 1969 - 29 April 1970.