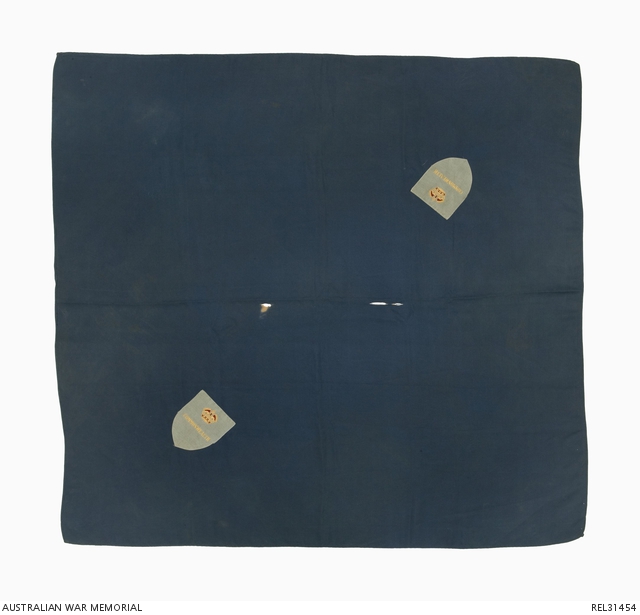 This scarf was acquired as a souvenir by Captain Peter D'Arcy who served in Korea with the 1 Battalion, Royal Australian Regiment between March 1952 and March 1953. The Battalion was part of the Commonwealth Brigade and the patches on the scarf are the same as those worn on the uniform sleeve by all members of the Brigade. D'Arcy served in the Australian Army from January 1949 until his retirement in 1977 with the rank of Colonel.