Group portrait of Australian soldiers, many of them members of the 2/2 Battalion, taken at Greta ... 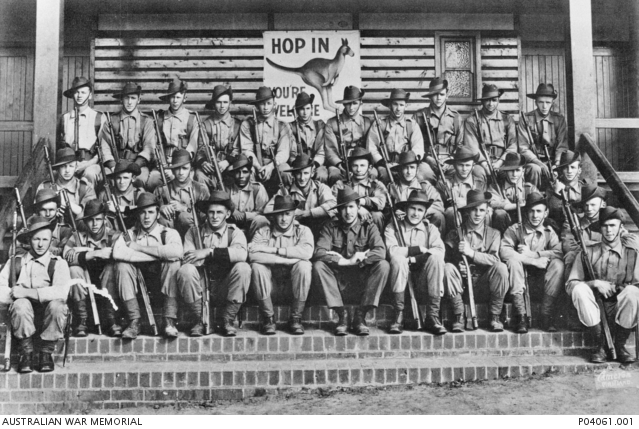