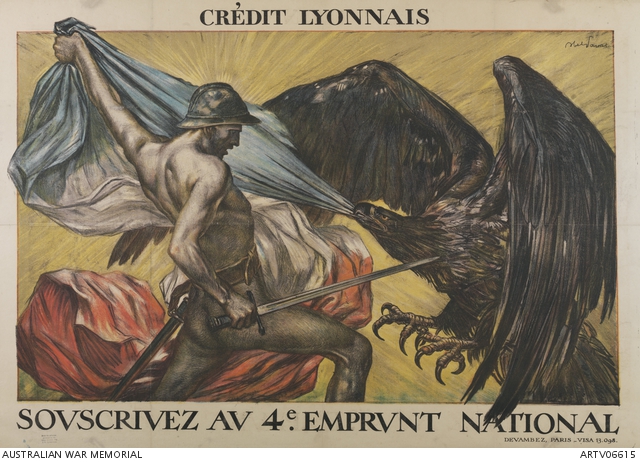 French First World War poster issued by the Bank Credit Lyonnais to encourage subscriptions to the 4th National War Loan. One of four issued by the French Government during the war it features a dramatic image by Jules Abel Faivre of a male figure, nude except for a French infantryman's helmet and a scabbard, battles with a German eagle over the possession of a Tricolore.