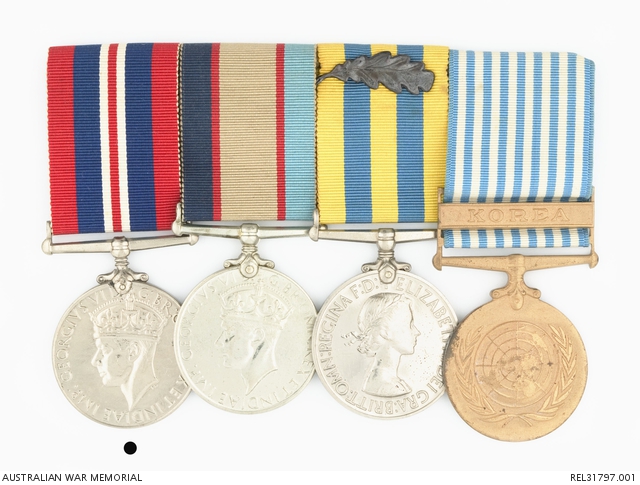 Awarded to Noel Joseph Sullivan who was born in Brisbane, Queensland, in 1922. He enlisted in the RAAF on 6 August 1942 and was assigned the service number 77664. Sullivan trained as an airframe fitter. He continued service in the RAAF after the Second World War, with the service number A1249, and was posted to Korea with 77 Squadron, where he was mentioned in despatches. Sullivan subsequently served with 75 Squadron, based at Amberley, Queensland, and retired with the rank of sergeant in October 1960, when he transferred to the RAAF Reserve.