Join the AIF: This is serious! 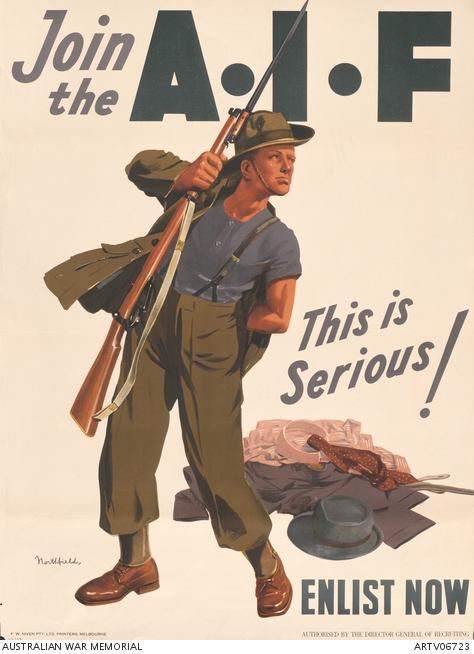 Australian Commonwealth Military Forces Second World War recruitment poster. Released in 1941 before Japan had entered the war, at a time when many Australians were reluctant to enlist to fight on the other side of the world. Depicts a man donning a uniform, rifle in one hand, his civilian clothes lie in heap on the ground behind him.