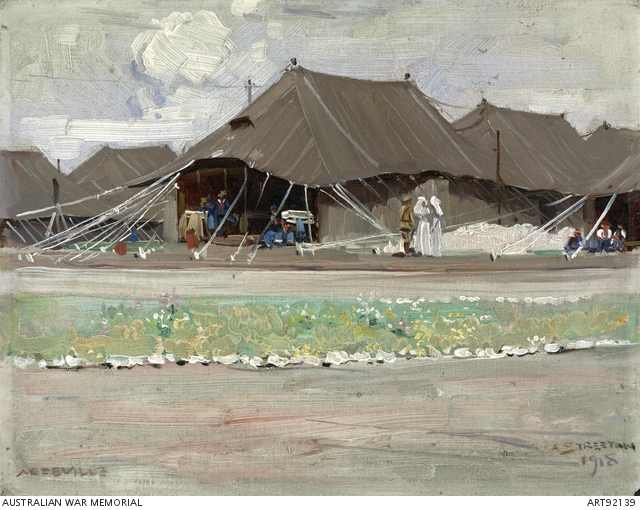 Depicts tents at the 3rd Australian General Hospital with impressionist figures of soldiers and nurses in front of the tents. In the foreground is a roadway and median strip with flowers. Streeton painted this work at Abbeville in north-western France (near Amiens). Streeton was an official war artist, attached to the 2nd Division, A.I.F. and worked in France from May to August and October to November 1918. In 1919 his appointment was terminated and in 1920 he returned to Melbourne. The painting was previously on display at Australia House in London. This work was not originally acquired under the official war artist's scheme, but housed at the Naval & Military Club in Melbourne during the 1930s and was lent to the War Memorial in 1937. It was later displayed at Australia House, London, during the 1960s, came back to Australia, where it became property of the Prime Minister's Department, before entering the National Gallery of Australia's collections during the 1980s.