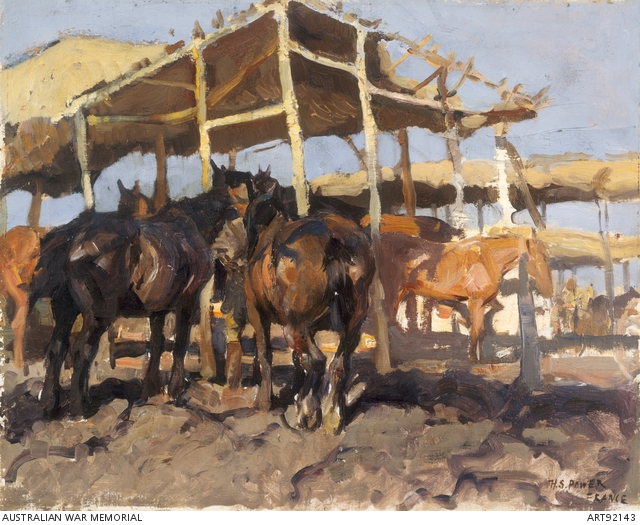 Depicts five horses used by the 1st Australian Imperial Force, 1st Australian Division Artillery, standing under temporary wooden shelters in a war-torn landscape. This is one of 5 works lent to the Australian Government on long term loan for an exhibition at Australia House in London. H.Septimus Power was an official war artist, attached to the 1st Division, A.I.F. from September 1917 until March 1920. He was in France from September until December 1917 and again in August 1918. He was subsequently commissioned to work for the Australian War Memorial until 1938. The work was not originally acquired under the official war art scheme, but was presented to the Commonwealth Government in 1960 by the residents of London, and from there to Australia, as part of the property of the Prime Minister's Department, before becoming part of the National Gallery of Australia's collections during the 1980s.