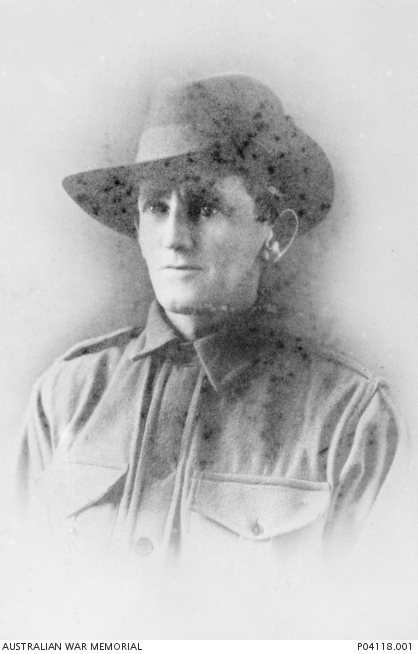 Studio portrait of 2030 Private (Pte) Bert Abrook, 36th Battalion. A bricklayer in civilian life, Pte Abrook enlisted on 20 June 1916 in Marrickville, NSW. Pte Abrook was a battalion runner, and, while he was escorting two men to an advance post at Messines, was hit by a shell and killed on 9 June 1917, during the Battle of Messines. Aged 29 at the time of his death, he was buried at Ploegsteert Wood, Belgium.