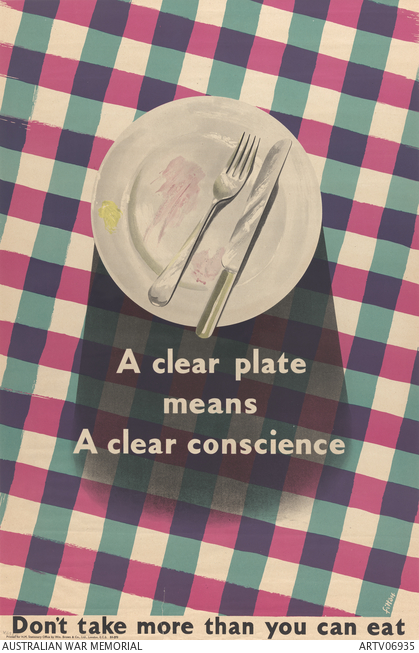 British Second World War poster advocating frugality. In the centre of the poster is an image of a cleared plate and knife and fork, this is placed on a patterned tablecloth background. The title appears below the plate in white text with the message, 'Don't take more than you can eat', at the bottom of the poster in black text. During the war, shortages of food were acute, so the British Government conducted an advertising campaign to alert people to the issue of food wastages. These series of posters link domestic practices with the front line, associating the private with the public war effort.