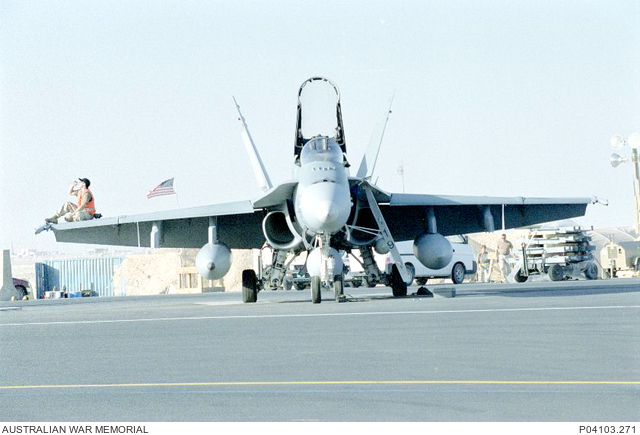 A member of the 75 Squadron RAAF ground crew takes a break on the wing of an F/A-18 Hornet. During Operation Falconer, 75 Squadron operated throughout the Middle East area of operations, initially to provided protection to Coalition aircraft including air to air refuelers and intelligence aircraft. The Squadron's role was later extended to include to strike missions against military targets including tanks, artillery and anti-aircraft systems. 75 Squadron operated in the Middle East as part of the Australian commitment to the Coalition forces assembled to disarm Iraq.