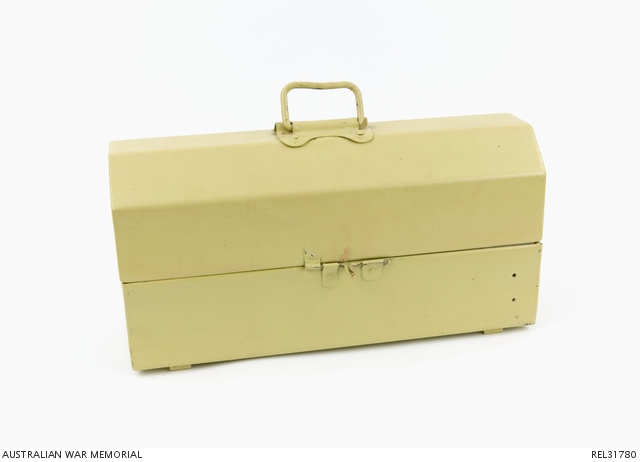 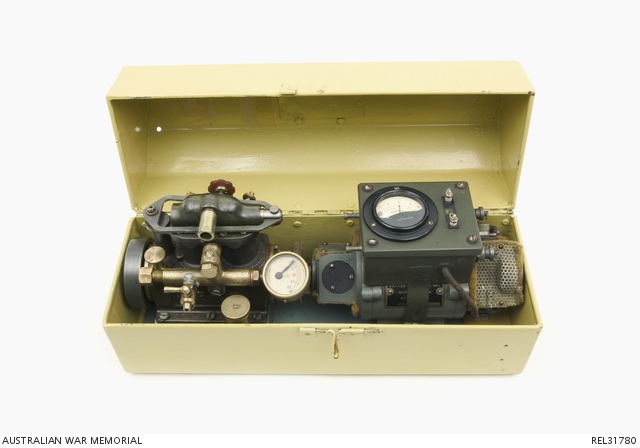 A yellow, rectangular, steel storage box with a partly pitched hinging lid and a sliding brass rod latch. The box is missing the original carry strap, which was fitted to one end. A replacement swinging steel handle has been fitted to the top of the lid. Rivetted to the inside of the lid is the makers plate which is also painted yellow. The box contains a SIRIUS brand, twin cylinder steam engine, directly coupled to an electrical generater which can provide 6-8 volts and 4 amps of electrical power. This power was used to recharge a radio battery. ALCO steam charging sets were used by Australian Special Forces involved in clandestine operations behind enemy lines during the Second World War. These sets were robust enough to be dropped by parachute.

This ALCO steam engine and generator set was found by the donors father whilst employed with the Post and Telegraph Department in Kuching, Sarawak on the island of Borneo in 1954. These sets were used by Z Special operatives during the Second World War to recharge wireless batteries. Some were left in Borneo after the Second World War and were sometimes used by the P&T Department staff in remote locations to recharge radio batteries.