The bombed site of the headquarters of the International Committee of the Red Cross in Baghdad, ... 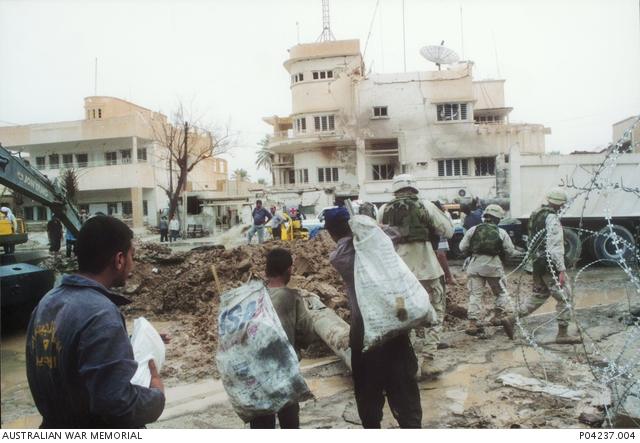 The bombed site of the headquarters of the International Committee of the Red Cross in Baghdad, following the car-bomb attack of 27 October 2003. American soldiers and civilians examine the rubble; to the left, a digger is being used to sort through the debris. The Red Cross emblem is visible on a banner in a wall in the centre of the picture. The attack represented the first time a suicide bomber had struck the international aid agency in its 140-year history. Australian artist George Gittoes had been on his way to the building to pick up a satellite phone when the blast occurred. He said of the attack that, 'it was the day humanitarianism became a target - absolute ground zero for the human spirit'.