'Najeen', a sculpture erected in Fardus Square in central Baghdad. The sculpture sits on the ... 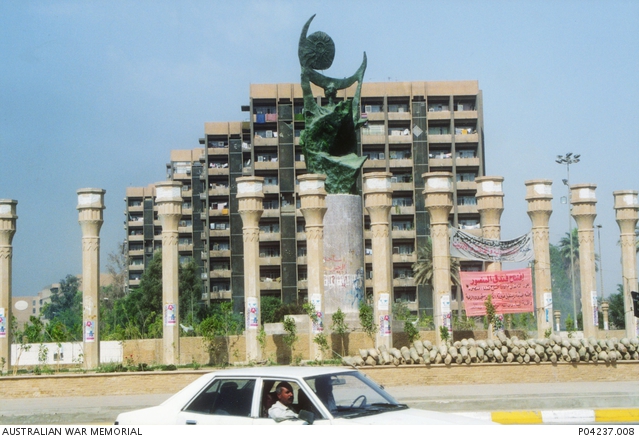 'Najeen', a sculpture erected in Fardus Square in central Baghdad. The sculpture sits on the plinth of a statue of Saddam Hussein, which was toppled by crowds in front of an international television audience during the war in Iraq. 'Najeen' means 'survivor', and is also the name of the group of young Iraqi artists who created it. The Najeen artists' group was founded in 1991 in the wake of the first Gulf War. The sculpture, which was unveiled on 29 May 2003 and is made from green fibreglass, represents a mother, father and child holding a crescent moon and the sun. The Sheraton Hotel is behind the sculpture.