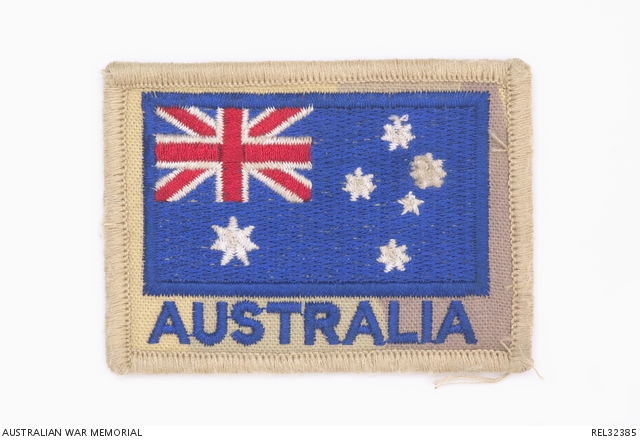 Woven cloth patch of the Australian flag embroidered onto a Disruptive Pattern Desert Uniform (DPDU) camouflage background. The word 'AUSTRALIA' is embroidered below the flag in blue and the reverse is covered in Velcro to attach to a shirt sleeve.

This patch was worn by Flying Officer Matthew McLennan who served with the Baghdad Airport Detachment as an Air Traffic Controller during Operation Falconer, 2003. DPDU camouflage was designed and made for the Australian Defence Force (ADF) for use in arid regions. It was first used during 'Operation Slipper' in Afghanistan in October 2001. There has been at least two versions of the camouflage, each version having a different background shade of either yellow or pink.