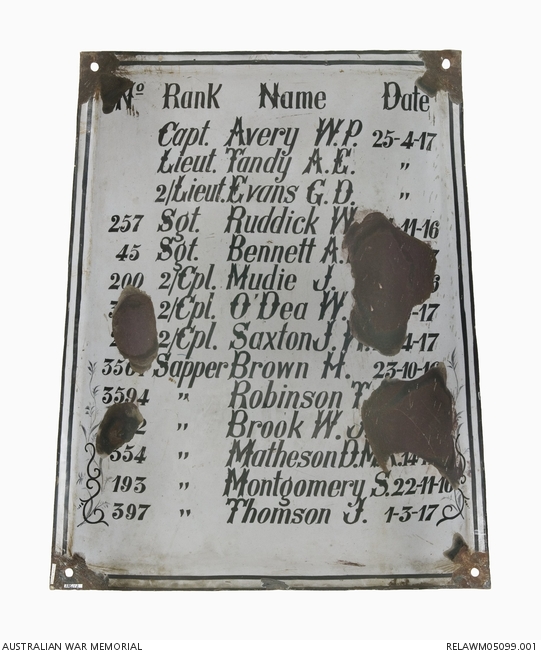 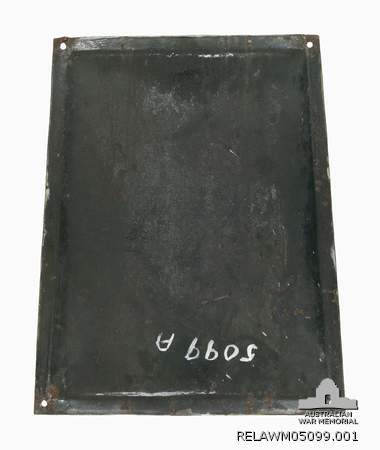 Rectangular enamelled steel dedication plaque containing the details of 14 of the 29 Australians killed serving with the 1st Australian Tunnelling Company during 1916-1917. Sections of enamel are missing due to weathering prior to removal.

In 1919 the veterans of the 1st Australian Tunnelling Company erected a memorial on Hill 60, honouring the 29 comrades who had died there in 1916-1917. The memorial and its stove enamelled plaques weathered badly, and in 1923 a new and more robust monument, which stands on the site today, was constructed. The three original plaques, bearing the dedication and the names of the company’s dead, were returned to Australia.

The members of the company featured on this plaque, formerly attached to the right face of the original memorial, are: