"Were you there then?" 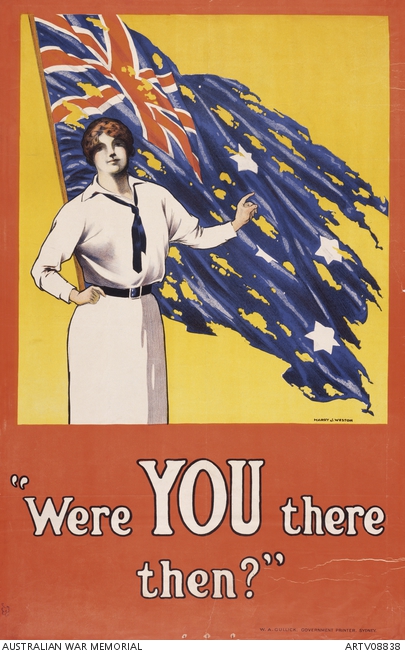 Australian First World War recruitment poster printed in 1916 most likely referencing the Gallipoli Campaign. It features the image of a woman in a white dress standing in front of a tattered Australian flag against a yellow background. She is pointing to it with her left hand as if asking the viewer if they were there when the flag was damaged. It appeals to the guilt of the viewer that they had not enlisted to help defend Australia at Gallipoli and to their sense of patriotic duty to enlist. The image is in the upper half with the text beneath both set against a red background.