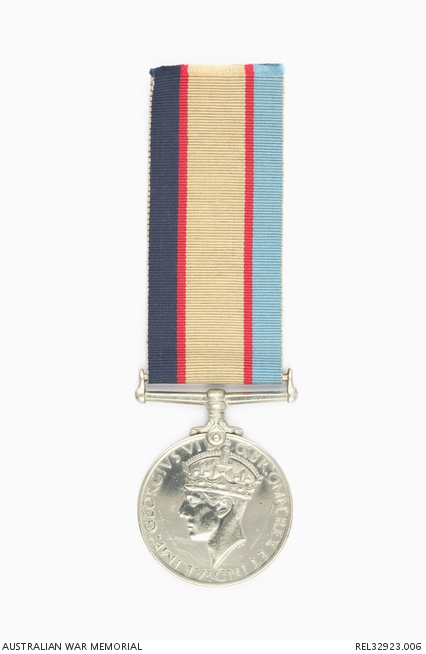 Australia Service Medal 1939-45. Impressed around the edge with recipient's details.

Associated with the service of 422176 Robert John Harding. Born on 7 March 1924 in Mosman, New South Wales, Harding was a cadet in the Air Training Corps before enlisting in the Royal Australian Air Force on 25 April 1942 as an aircraftman class II (AC II). He was granted a commission as a pilot officer on 7 July 1944. Harding served with 466 Squadron RAAF, flying as a rear gunner in Vickers Wellington and Handley Page Halifax bombers, and completed a tour of 37 operations as part of Bomber Command's offensive against occupied Europe. On 18 March 1946 Harding was discharged from 112 Air Sea Rescue Flight with the rank of flying officer. He died on 20 December 1978.