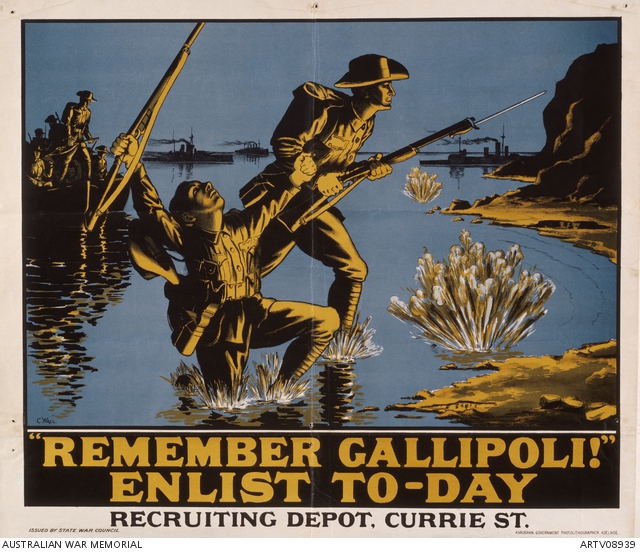 South Australian recruiting poster depicting troops coming ashore at Anzac Cove. It is a dramatic scene, with the foremost soldier captured in the very moment a bullet hits him. The soldier's arms are flung outwards with the force of the impact, and he has staggered onto one knee. His comrade grimly continues towards the shore as bullets strafe the water around him. Behind both soldiers is the boat from which they have disembarked. Naval personal carriers are silhouetted in black in the background. The artist has used lighting to strategic effect by casting much of the scene into extreme shadow.