A Cretan couple witnesses the invasion 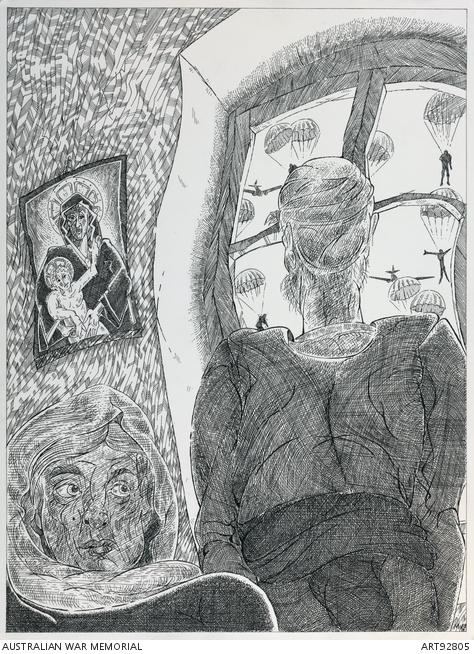 A scared elderly Cretan couple stands in their home as the German paratroopers float to the earth. The civilians of Crete, along with the British and allied soldiers, were amazed by the sight of thousands of men dropping out of the sky. Many of them had never seen a paratrooper and some of the soldiers were in such awe that they put down their weapons to take out a camera.

'I was spellbound by the futuristic nature and the magnificence of the scene before me. It wasn’t long before they were coming in along about five miles of coastline and as far as the eye could see they were still coming.' Norman Johnstone, 2/4th Battalion