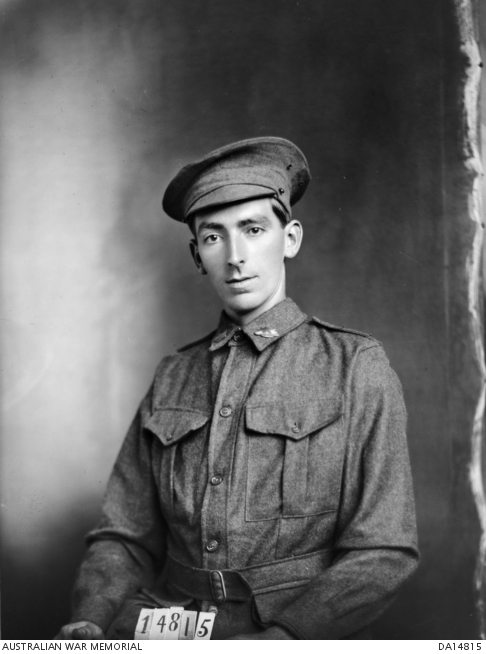 Studio portrait of 5057 Private (Pte) Walter Coleman, 7th Battalion. A blacksmith from Tandara, Victoria prior to enlistment, Pte Coleman embarked with the 16th Reinforcements from Melbourne on HMAT Suffolk on 1 April 1916. Later serving with the 60th Battalion and then the 15th Light Trench Mortar Battery, he was evacuated to hospital suffering from severe trench fever. He returned to Australia on 25 January 1919 and was medically discharged. In the 1930s, the Australian War Memorial purchased the original glass negatives from Algernon Darge, along with the photographers' notebooks. The notebooks contain brief details, usually a surname or unit name, for each negative.