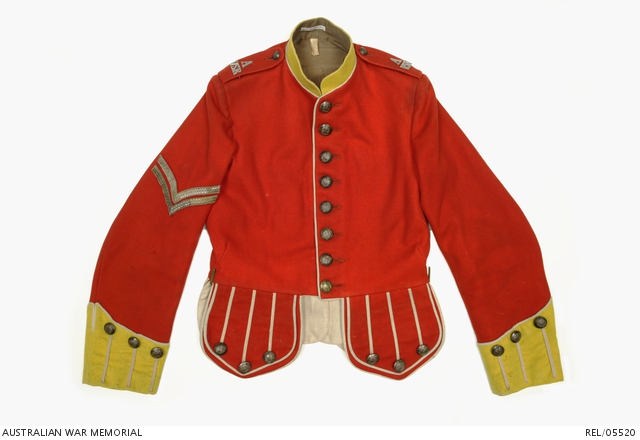 Doublet worn by a corporal in 'A' Company of the Victorian Scottish Regiment, which was formed in August 1898. It was originally comprised of Australians with Scottish origin. They had to provide their own uniforms so the Regiment paraded in their own clothes until the end of 1899 when 100 uniforms became available for purchase. The first doublets were khaki, with the red introduced in 1901 in time for the review held to mark the opening of the first Commonwealth parliament in Melbourne. The doublet was worn with a kilt of Gordon Highlander tartan, the yellow stripes replaced with red. 'A', 'B', 'C' and 'D' companies were located in South Melbourne.