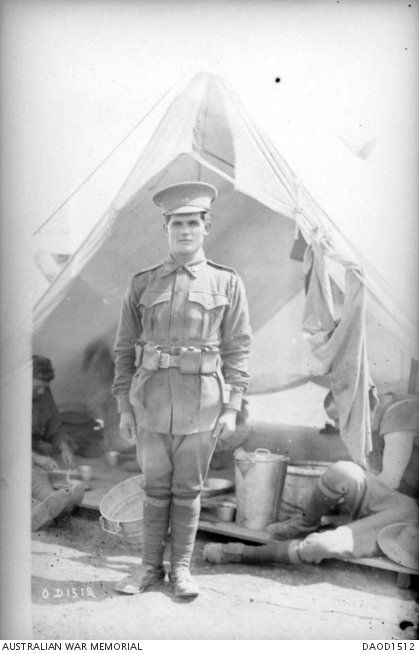 Informal portrait of J Borinelli (495 Sapper Giovanni Borinelli), No 2 Company, 2 Section, of NSW. Sapper Borinelli served with the 2nd Tunnelling Company. Born in Teglio, Italy, he was a naturalised British Citizen, and a 29 year old marble mason prior to enlistment, he embarked on 20 February 1916 from Sydney aboard HMAT Ulysses. He returned to Australia on 24 August 1918, suffering from asthma triggered off by a gas shell explosion in November 1916.