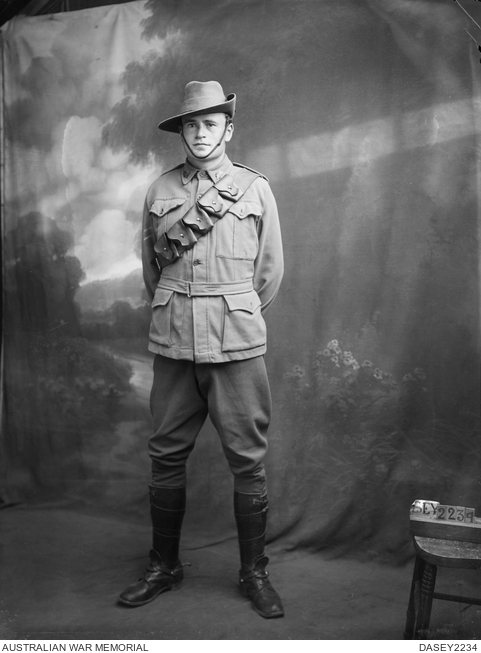 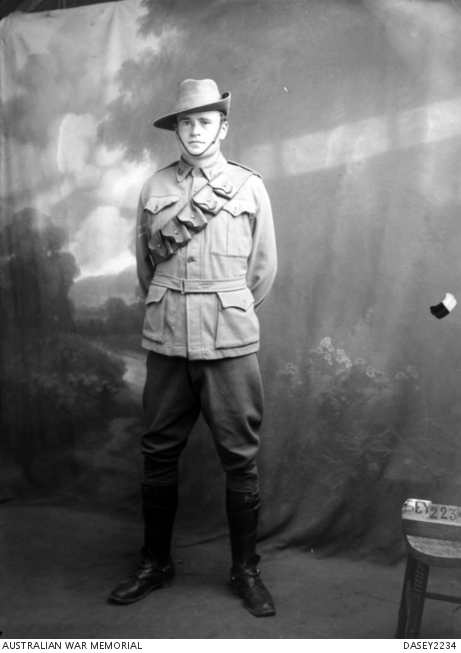 Studio portrait of 1265 Private (Pte) Thomas George Norley. A labourer from Turrumbarry via Echuca, Victoria prior to enlistment, Pte Norley embarked with the 6th Reinforcements, 13th Light Horse Regiment from Melbourne on HMAT Ulysses on 27 October 1915. He was later promoted to Lance Corporal and served with the 1st Anzac Light Horse Regiment before returning to his original unit. On 18 May 1918 he was killed in action and buried in the Glisy Communal Cemetery, Picardie, France. This is one of a series of photographs taken by the Darge Photographic Company which had a permit to take photographs at the Broadmeadows and Seymour army camps during the First World War. In the 1930s, the Australian War Memorial purchased the original glass negatives from Algernon Darge, along with the photographers' notebooks. The notebooks contain brief details, usually a surname or unit name, for each negative.