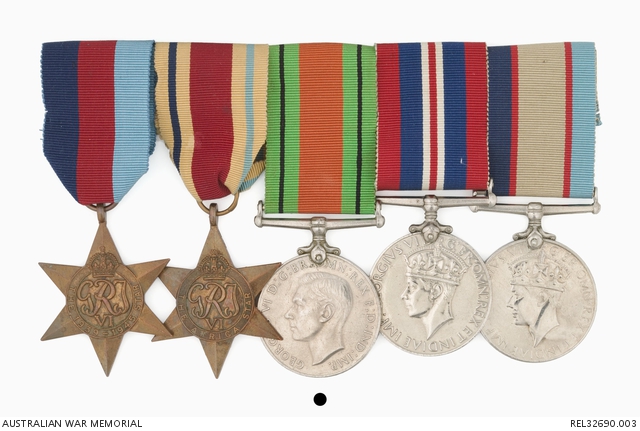 Dora Elizabeth Burchill was born in Melbourne in 1904 and began training as a nurse in 1926. After graduating she completed midwifery and in 1930 joined the Australian Inland Mission where she was based at Innamincka in central Australia. In 1936 she sailed to England to answer a call for nurses to assist in treating victims of the Spanish Civil War. After returning to England from Spain she continued her studies. She spent the summer of 1938 nursing in Newfoundland before returning to Australia, where she enlisted in the Australian Army Nursing Service on 21 December 1939. She embarked for the Middle East in April 1940 and was assigned to 2 Australian General Hospital (2 AGH). She also served with the British 61st General Hospital (based at Nazareth). In December 1940, 2 AGH transferred to Kantara, Egypt, where casualties from the Western Desert fighting, the Greek Campaign and the invasion of Crete were treated. Although promoted to Captain, Burchill felt her skills were not recognised and applied for a transfer. She was discharged on 3 October 1941. She returned to Australia in late 1941 aboard the troopship Queen Mary in company with 800 Italian prisoners bound for Australian POW camps. Burchill then worked as Sister-in-Charge of Heidelberg Military Hospital for a year; managed the Medical Aid Post at Toorak, an Australian Army Women's Service training centre, and completed the war as Night Supervisor of 106 Army Hospital at Bonegilla, Victoria. Immediately after the war she worked as chief announcer at radio 3SR (Shepparton), before returning to nursing until her retirement in 1963. Elizabeth Burchill wrote extensively of her experiences, producing six books. She returned to university, was conferred with an honorary doctorate of nursing by the Royal Melbourne Institute of Technology in 1995 and awarded the Medal of the Order of Australia in 1998 for 'service to nursing, particularly as an historian, author and philanthropist'. She died in 2003.