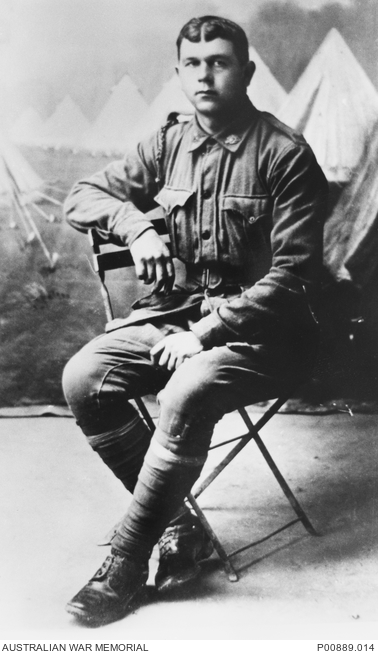 Studio portrait of an Aboriginal serviceman 7314 Private (Pte) James Henry Paul Maynard of Cape Barren Island, Tas, who enlisted at Claremont, Tas, on 20 September 1916. Pte Maynard joined the 24th Reinforcements to 12th Battalion and embarked at Adelaide on the troopship Seang Bee (A48) on 10 February 1917. When he arrived in England he was hospitalised first with the mumps and then injury. After release from hospital he joined 3rd Training Battalion at Durrington Camp, England, and then proceeded to France on 9 October 1917 to join the 12th Battalion in Belgium. On 25 August 1918 Pte Maynard was wounded in action with a gun shot wound to the left thigh. Invalided to England for treatment he did not see service again, although he did rejoin his unit in December 1918 before he left England on 2 September 1919 bound for Australia were he was discharged on 18 October 1919.