Portrait of 2428 Trooper (Tpr) Frank Fisher, an Aboriginal serviceman who was born at Claremont, ... 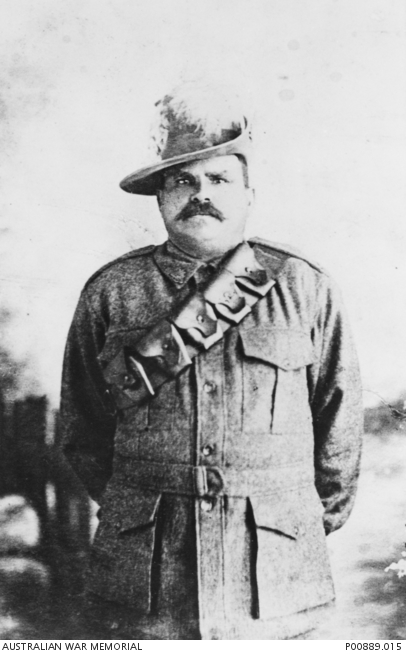 Portrait of 2428 Trooper (Tpr) Frank Fisher, an Aboriginal serviceman who was born at Claremont, Qld, but at the time of his enlistment was living with his second wife Esme, and three children from his first marriage, at the Barambah Settlement, Qld (renamed Cherbourg Aboriginal Settlement in 1931). Tpr Fisher enlisted in Brisbane on 16 August 1917 in the 28 Reinforcements to 11th Light Horse Regiment and embarked in Sydney on the troopship Ulysses (A38) on 19 December 1917. After landing at Suez he was transferred to the 4th Light Horse Training Regiment at Moascar, Egypt, and eventually to the 11th Light Horse Regiment on 13 April 1918. Tpr Fisher returned to Australia on the troopship Morvada sailing from Kantara on 20 July 1919.