Group portrait of RAAF airmen at a parade in which they were presented with their wings under the ... 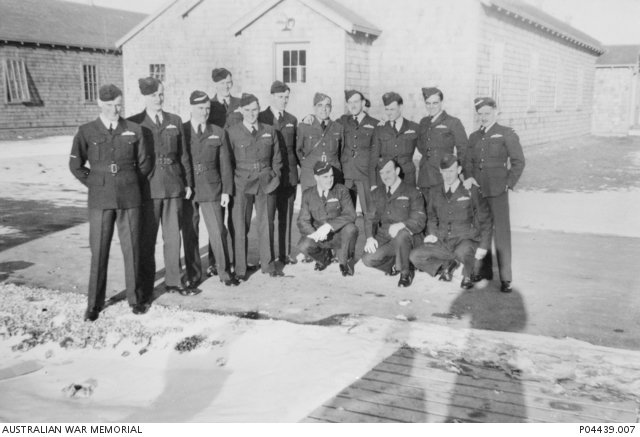