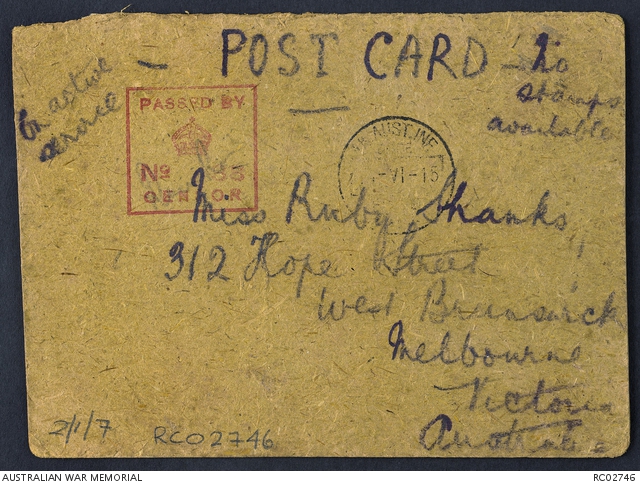 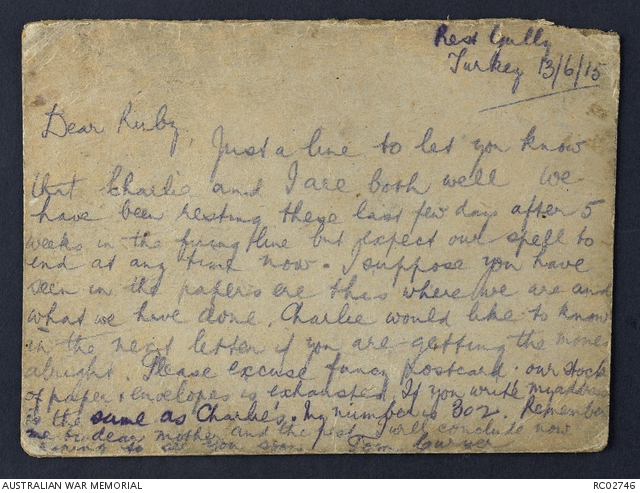 Improvised postcard made from cardboard from a cigarette box. At Gallipoli paper was scarce, so men had to use what they could find in order to write to their loved ones. This Postcard is dated 13 June from Rest Gully at Anzac Cove. The postcard was sent by Thomas Curyer to Ruby Shanks of West Brunswick Victoria. Curyer served with the 14th Battalion at Gallipoli until 24 June when he was diagnosed with a severe case of enteric fever. He spent time in hospital before embarking for Australia on 5 September 1915. He was discharged medically unfit on 4 April 1916 and died on 7 November 1928 in South Australia.