Group portrait of the medical officers of the 3rd Australian General Hospital (3AGH) grouped in a ... 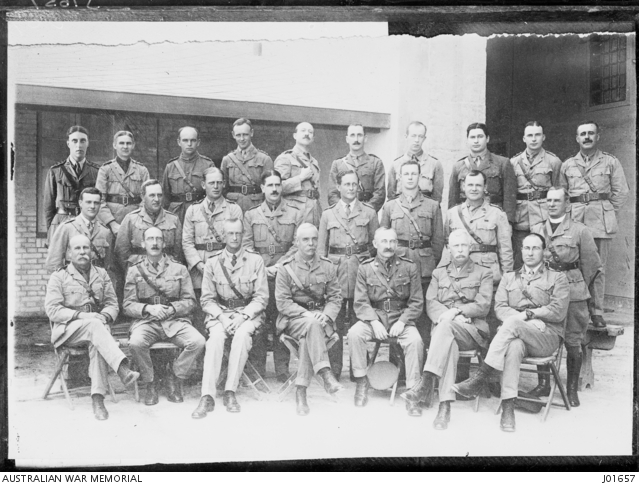