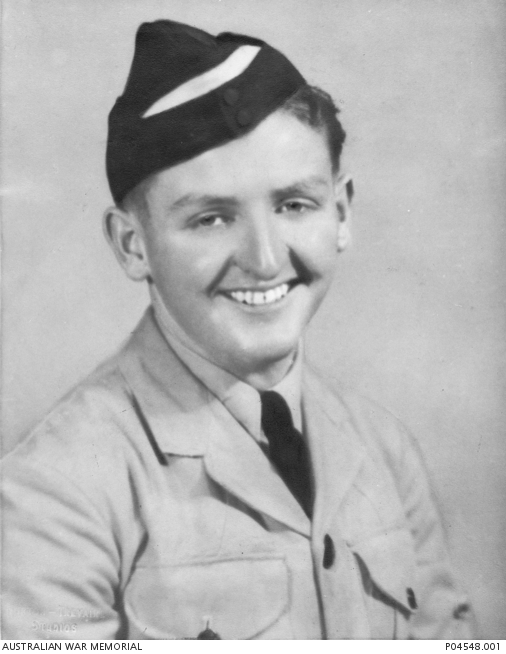 Studio portrait of 426895 Flight Sergeant (Flt Sgt) Neil Francis Dallaway McGladrigan, 57 Squadron RAAF, who was shot down over Germany on the night of 6-7 December 1944. Flt Sgt McGladrigan and another member of his Lancaster crew who survived the crash, Sergeant Scott RAF, were taken prisoner by police from the nearby town of Gladenbach. Sgt Scott was shot on 8 December 1944, and Flt Sgt McGladrigan was shot several days later on 10 December, after being tortured and interrogated by his captors. Both men were subsequently buried in shallow graves in the woods. A third survivor who landed further from the crash site became a POW, and survived the war. The atrocity was not discovered until 1946, and a war crimes trial was held in 1947. One perpetrator was sentenced to death, one was sentenced to ten years, and another to two years; they were both released after only five years of imprisonment.