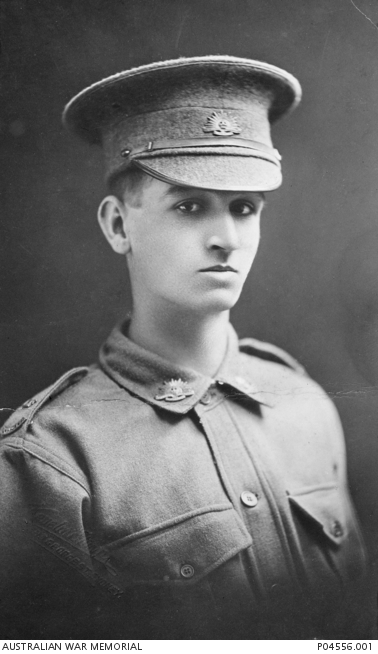 Studio portrait of 4435 Private William Cropper, taken three weeks after his enlistment. A clerk of Manly NSW prior to his enlistment he embarked with the 14th Reinforcements of the 1st Battalion. He was transferred to the 1st Anzac Wireless Section (later the Australian Corps Signal Company) with which unit he served until the end of the war. During the First World War, Cropper, fluent in German, was entrusted on the battlefiled with an Iron Cross medal and citation. This is held by the Australian War Memorial at REL33208 and the full outline of this event is described on the website under this relic number.