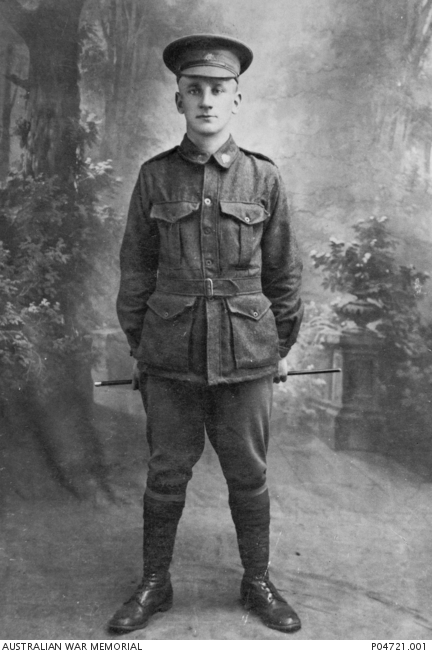 Studio portrait of 807B Private (Pte) William Anderson, 5th Battalion. Originally of Saltcoats in Scotland, Pte Anderson enlisted on 1 March 1916 in Surrey Hills, Vic. He embarked from Melbourne on 3 June 1916 aboard HMAT Persic. He was killed in action on 4 October 1917 in Belgium, aged 21 years and is commemorated on the Menin Gate (Ypres) Memorial.