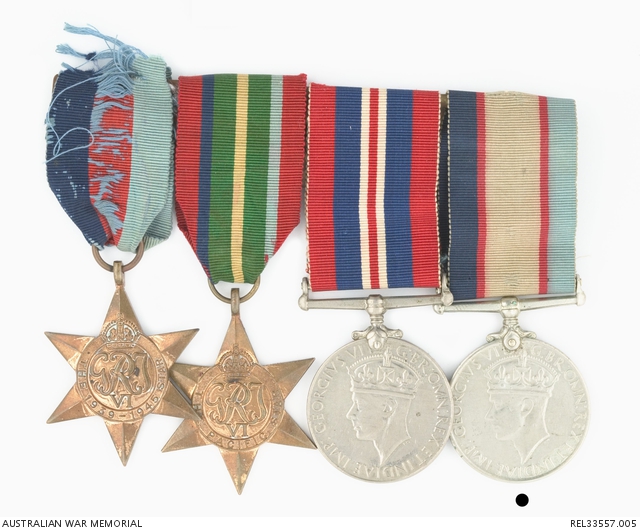 Carden Wyndham Seton was born near Glen Innes, NSW, in 1901. The tenth child, there was no chance of him making a living on the family property, and in 1927 he left Australia to manage Lofung plantation at Faisi in the British Solomon Islands Protectorate. He returned to Sydney for leave just before the Japanese invaded the Solomons in early 1942. Seton enlisted in the AIF on 9 March 1942 and arrived Port Moresby on 30 September. Less than two weeks later he was sent back to Brisbane and on 5 October was seconded as an acting sergeant to the Allied Intelligence Bureau because of his detailed knowledge of the Solomons. The Bureau coordinated intelligence gathering and subversive activities behind Japanese lines. On 20 October Seton was landed on Japanese occupied Choiseul Island, in the Solomons, by an American submarine. Together with Lieutenant Alexander Waddell, RANVR, he acted as a coastwatcher on the island, and established a radio station overlooking Bougainville Strait. Their reports on Japanese activities assisted American forces during the battle for Guadalcanal. They also contributed to the rescue of allied pilots, 23 of them on Choiseul itself. In May 1943 Seton was attached to M Special Unit. Seton organised, trained and led local scouts who inflicted heavy casualties on the Japanese as well as destroying much of their equipment. His success in combat helped keep the islanders loyal to the Allies. Seton was awarded the Distinguished Conduct Medal and commissioned acting lieutenant in October 1943. In January 1944 he coordinated targets for a number of Allied dive-bombing raids on Choiseul Bay, as a result of which it ceased to be an important Japanese base. He was recalled to Brisbane in March 1944, and in July was posted to New Britain where he conducted guerilla raids on Japanese outposts until March 1945. In May, having been judged 'eminently suited to lead a band of killers' he was sent as guerilla leader to the Kieta area of Bougainville, where he was responsible for the death of 708 Japanese. Seton was discharged with the rank of captain on 9 December 1945. The following year he returned to Choiseul to manage Lutie plantation. Seton remained in the Solomons until 1955 when he returned to Queensland. He died in 1970. For further information held on Seton see PR00715; AWM76 B442 and AWM119 US63.