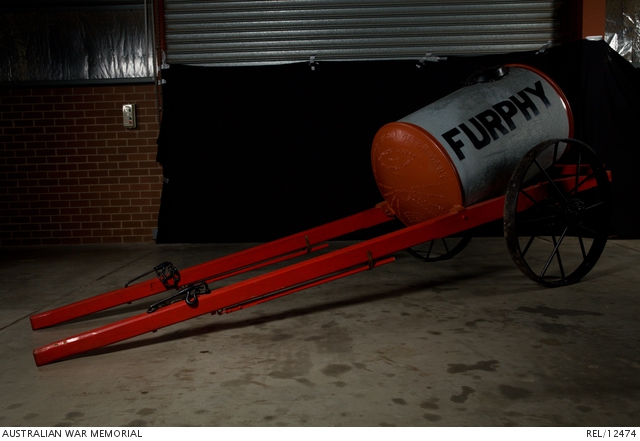 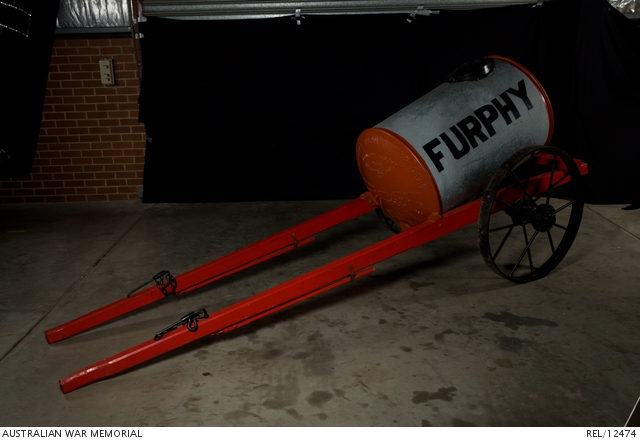 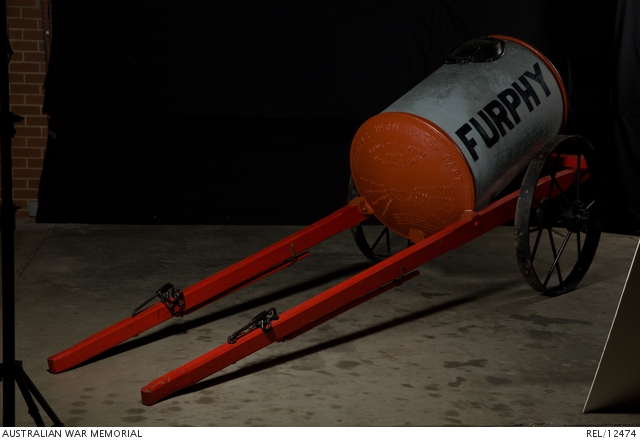 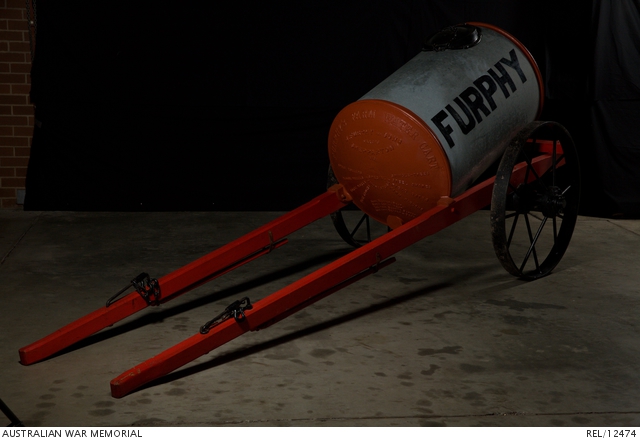 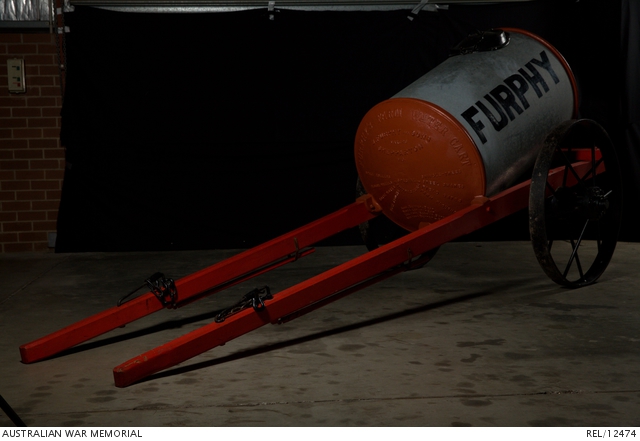 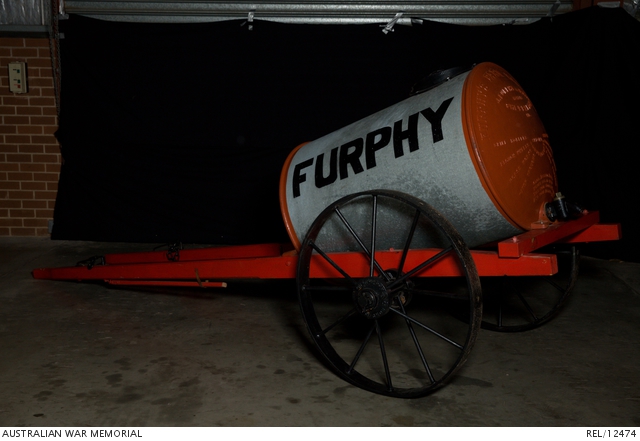 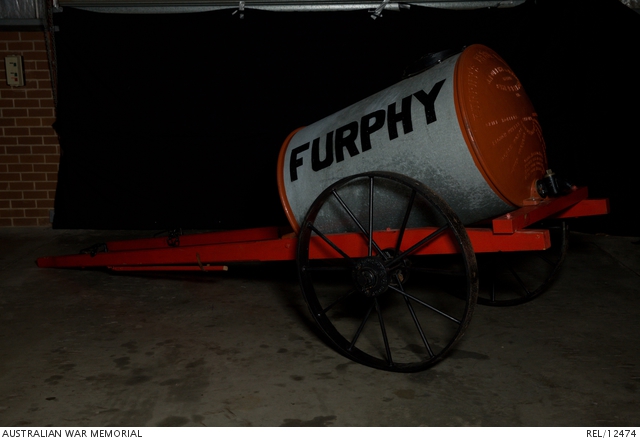 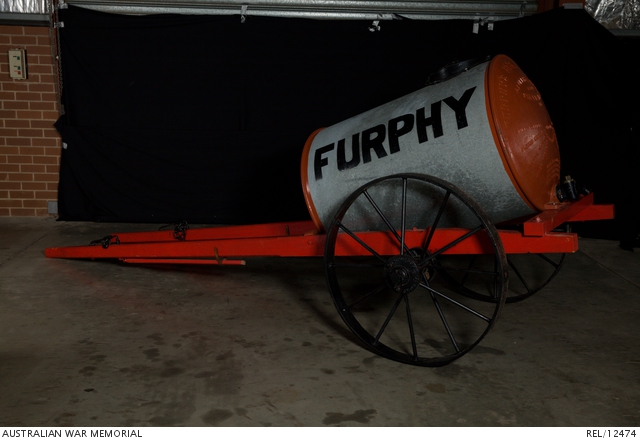 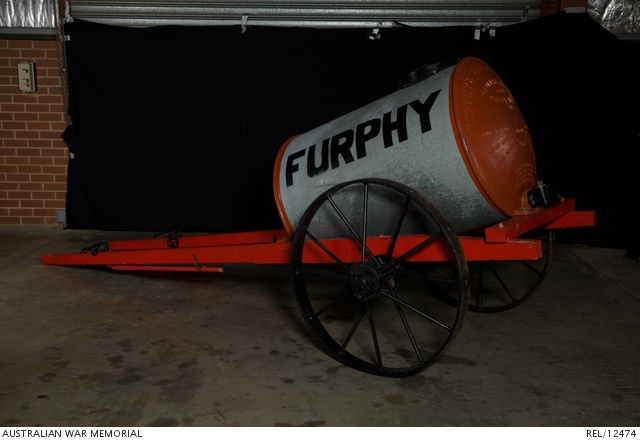 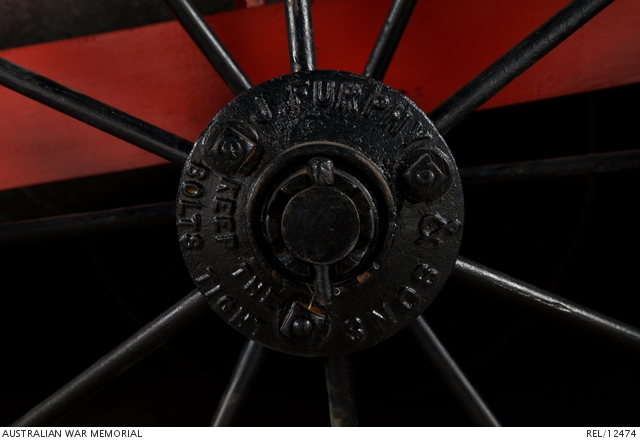 Furphy water - cart similar to those used around Australian military camps by the Australian military forces. This particular cart was reassembled from original castings by Mr John Seeley Furphy who claims that the castings were undated during WWI. Accordingly this particular cart bears no date. The ends are painted with lead oxide while all wood components are painted red, as per original. The name Furphy has been painted on both sides using the original stencil which was still extant in 1985. Weight: 350 kilograms Length: 4m Width: 1.7m Capacity: 180 gallons

This Furphy water wagon is a replica of the type used during the First World War. It is significance lies in the fact that it was made by the same company who supplied the water wagons during the war, using the same techniques, original moulds and in most instances, the same materials.
It was made by John Seeley Furphy between October 1984 and April 1985. Mr Furphy was 80 years old and a third generation descendent of John Furphy (who established the company in 1872). The tank has cast-iron ends and a riveted cylinder sealed together by shrinking iron bands, by the same technique as wheelwrights used to fit iron tyres to wooden cartwheels. Mr Furphy used the original Furphy stencil to mark the tank.

Interviewed by The Canberra Times for their 24 August edition, he elaborated on the work involved, saying he researched through the detritus of more than a century to collect the parts which he then personally assembled & the shafts, though authentic in detail, were of oregon because the Australian timber of the originals was no longer available.