A photo montage of descendants of the late Benjamin Rixon of Illawarra who served in the First ... 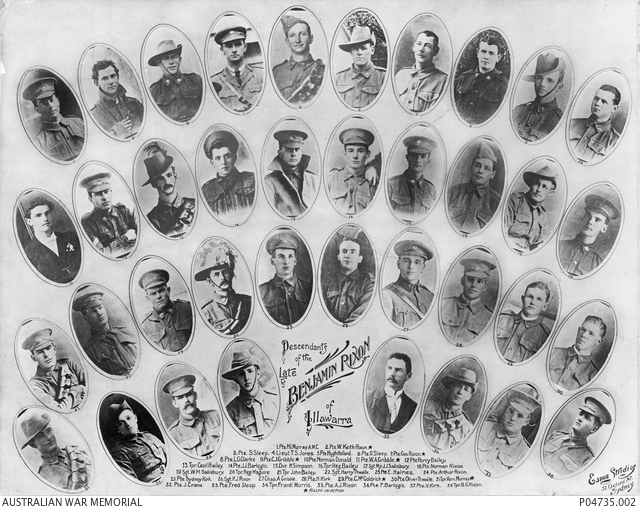