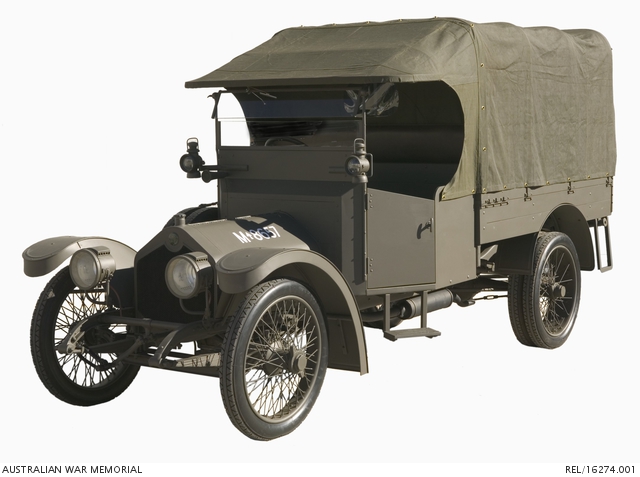 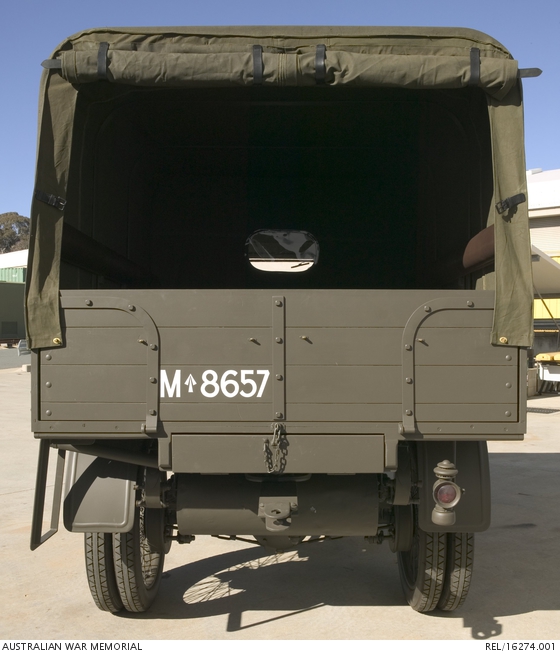 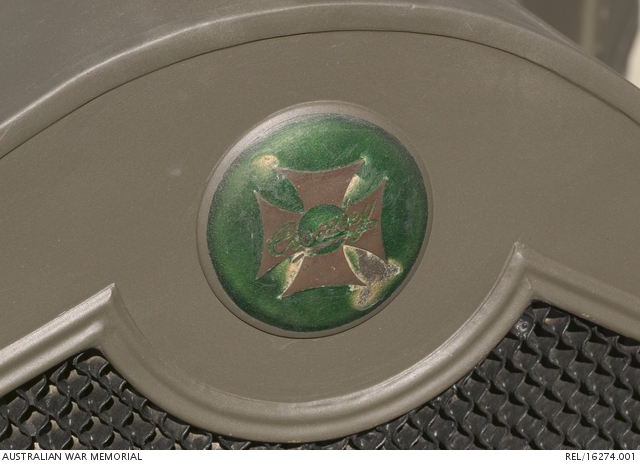 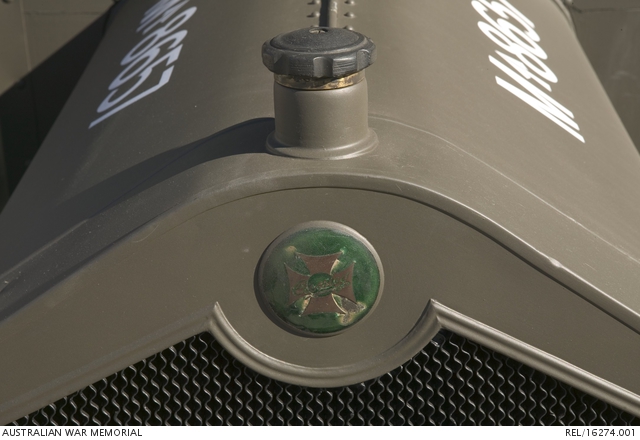 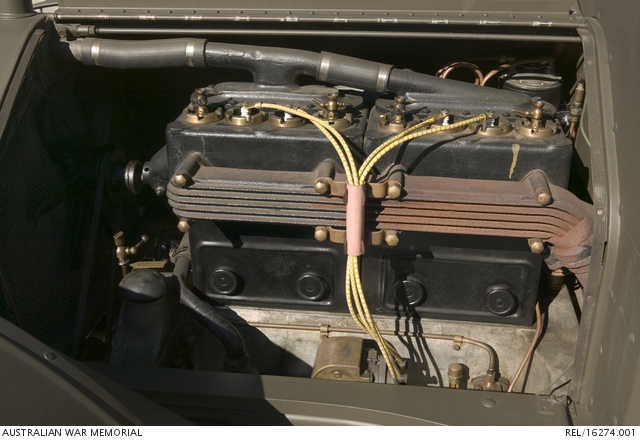 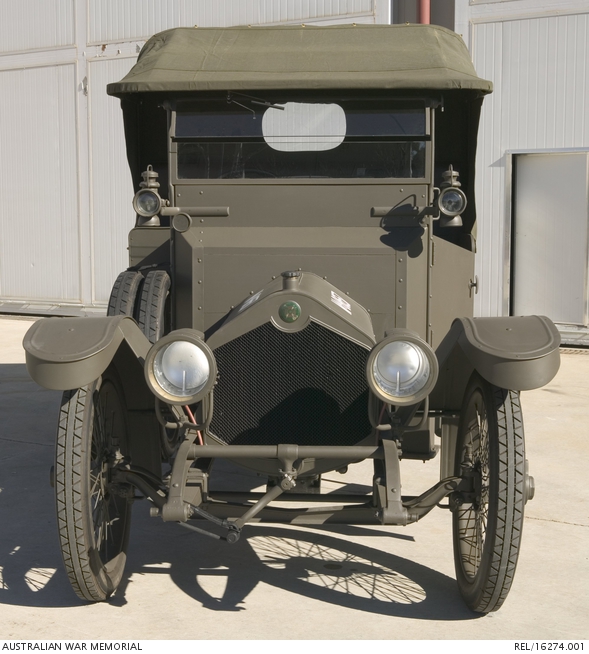 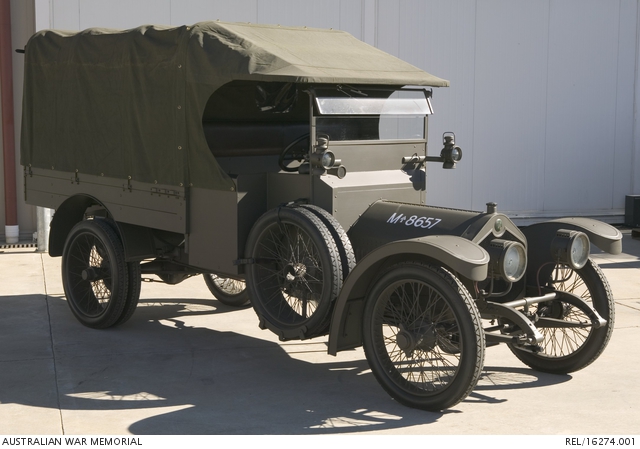 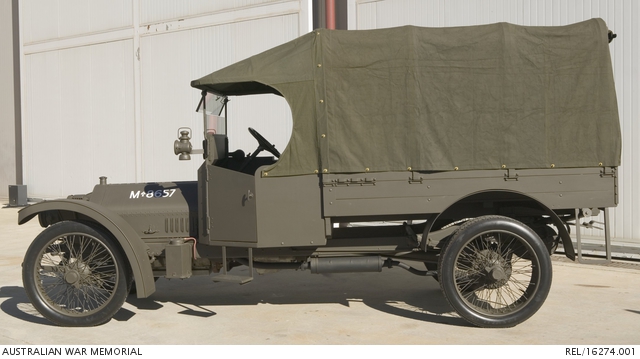 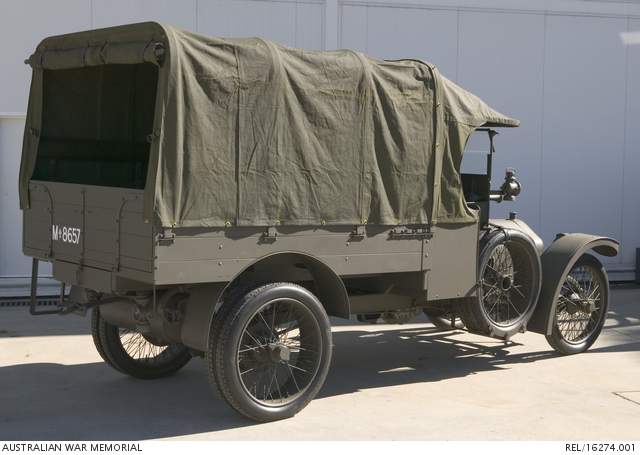 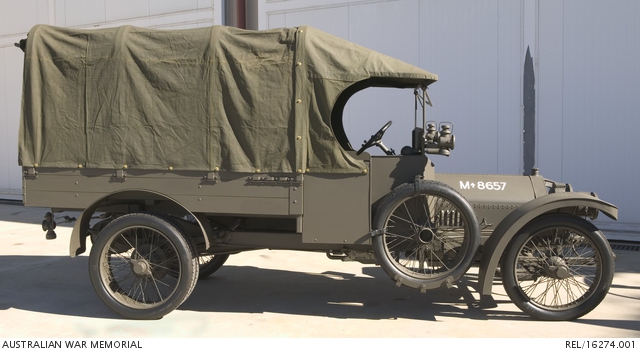 Crossley 20/25 aviation tender of rivetted and bolted construction and finished in gloss khaki with a green canvas canopy. Extensively restored. The vehicle has all round leaf spring suspension and narrow pneumatic tyres. The wheels are steel spoked with dual tyres at the rear. A spare double wheel with two tyres is fitted to the driver's side between the cabin and front mud guard. The cabin interior consists of a padded leather bench seat and single backrest with the driver's position on the right side. There are few interior fittings. The cabin is open sided with crew access only from the left side. The canopy is attached to the tray sides with rope and hooks and is supported by five steel and timber canopy bows spaced along the tray's length. The canopy extends from the cargo section over the cabin section, giving the crew some protection from bad weather. The top section of the windshield can be opened or closed. There is a single manually operated windscreen wiper fitted. The tailgate is hinged and drops down to allow access to the cargo section and raised wheel wells. The tray floor, sides and tailgate are made from timber boards reinforced with bolted steel strips. A tow bar is fitted to the rear of the vehicle. Two large brass and glass headlamps are fitted to the front mudguards with two smaller ones fitted to each side of the cabin.

This vehicle is a type used by the Australian Flying Corps (AFC) during the First World War. It was used as a light airfield tender for the transport of aircrew, parts and aviation fuel. Vehicles of this type were in service with 4 Squadron, AFC in 1918. The vehicle was powered by a 4531cc engine which gave it a top speed of 55mph. Over 2000 of the core vehicle (the 20/25 car) had been manufactured for the civilian market prior to August 1914, and a further 6000 were produced during the War for the Government. No reliable figures exist for military production.